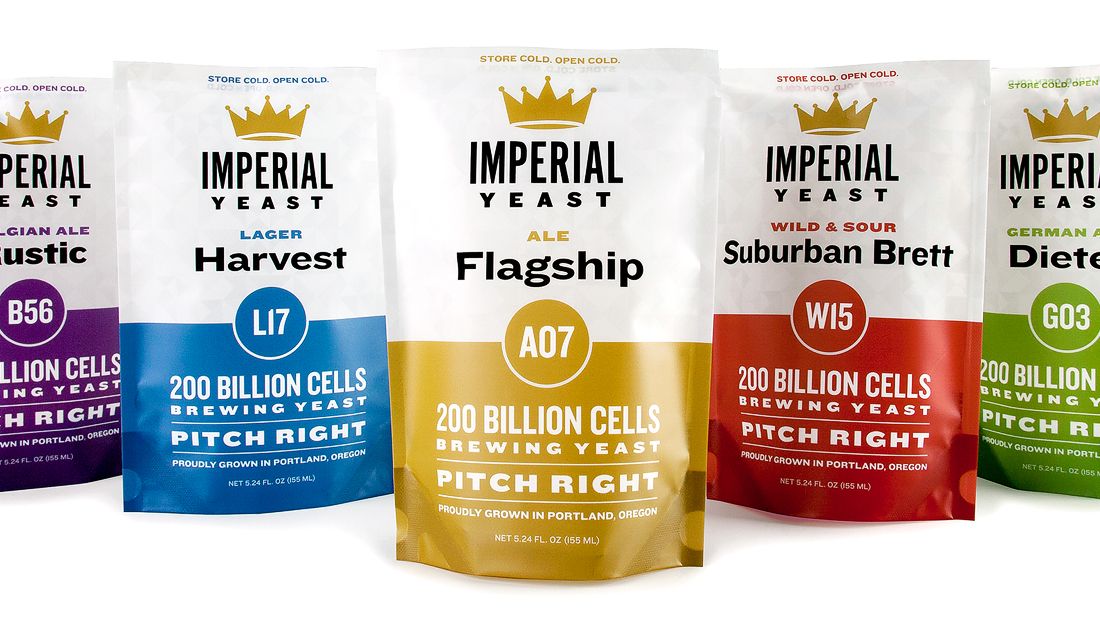 Posted on Jan 12, 2018 in Packaging by David Bailey
Share

We've just completed a major design update on the packaging that transports Imperial Yeast to homebrewers around the world. The yeast originally came in cute little cans that we also designed, but experimentation with different options led the Portland-based company to the new more colorful pouches. Now each of the 5 varieties of organic yeast has its own color, and each individual strain has its own pouch complete with name and code number. The cans had the strain name and date printed with a customized inkjet printer. The challenge for the pouch design was to create a new more colorful... 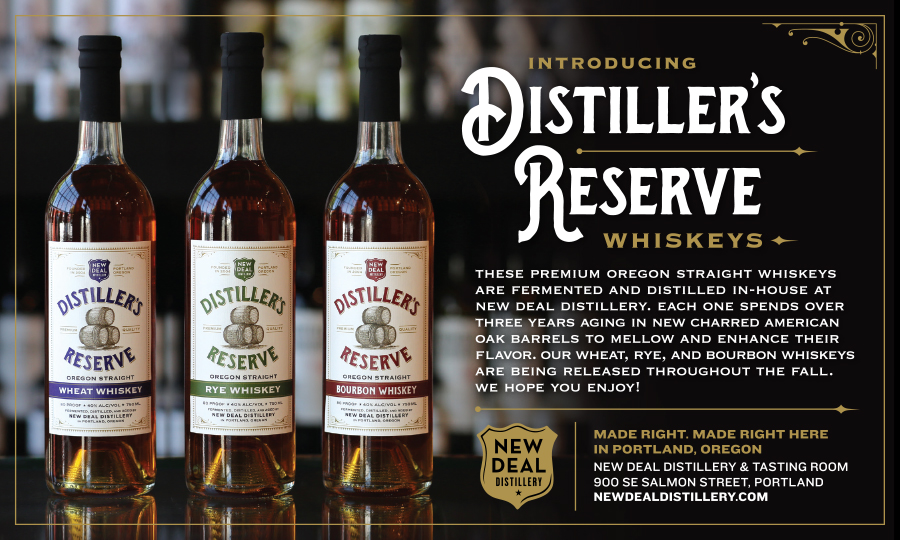 We put together this magazine ad for New Deal Distillery's new line of Oregon Straight Whiskeys. The Distiller's Reserve premium whiskeys include Wheat, Rye and Bourbon and are being rolled-out this Fall as soon as they finish their three years of aging in Oregon Oak barrels. Oh, yes – DBD also designed the labels on those three bottles!...

We designed these new labels for New Deal Distillery for their latest small-batch spirit, Cascadia d’Amore American Bitter Liqueur. The blue flowers on the label are Gentian, one of the key ingredients of this herbal liqueur that's inspired by the flora found in the nearby Cascades mountain range.... 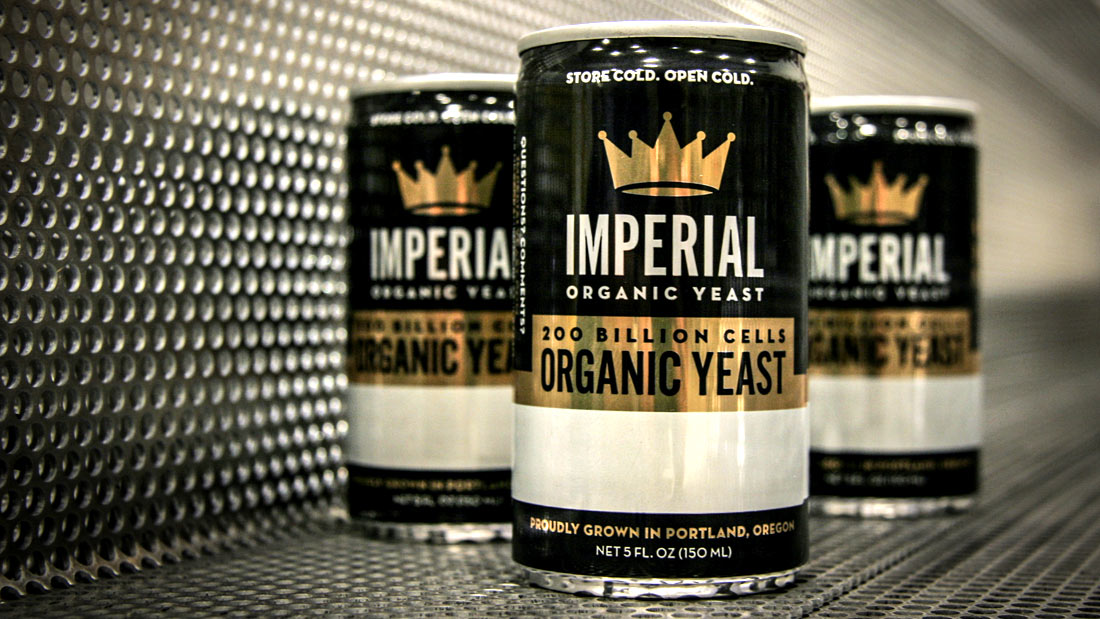 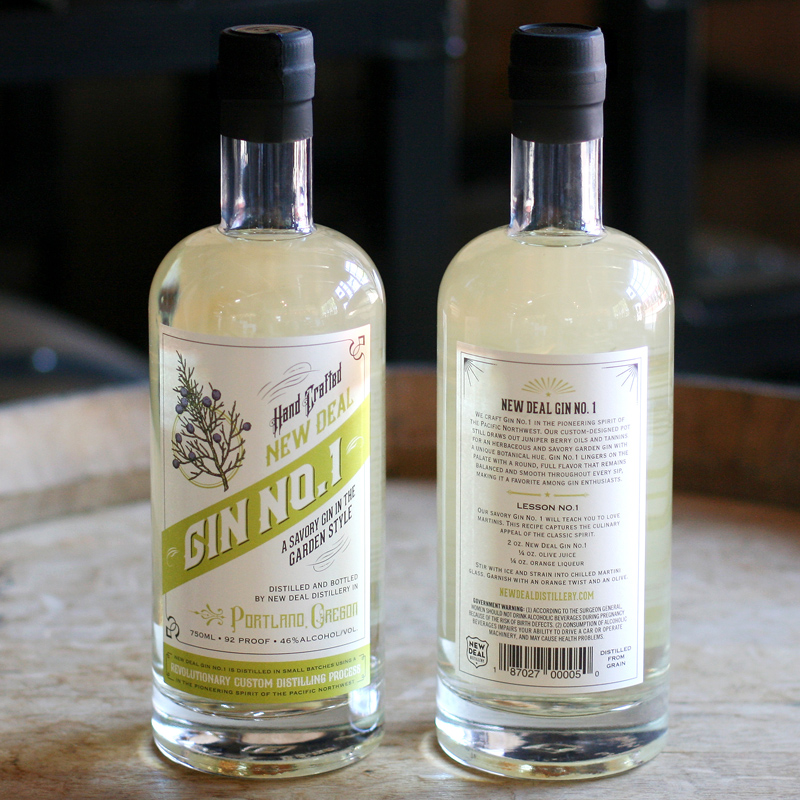 Posted on Jul 2, 2015 in Design, Packaging by David Bailey
Share

We're excited to share these lovely new labels for Gin No. 1 from New Deal Distillery. In addition to designing the labels, we helped shape the messaging and brand for this botanical-forward gin, and helped create the category of "Savory Gin in the Garden Style." What makes Gin No. 1 so different? Perhaps it's the "Revolutionary Custom Distilling Process" that draws out juniper berry oils and tannins for an herbaceous and savory gin. Or maybe it's the balanced flavor and unique botanical hue. Perhaps it's all of these things combined with the fact that it's made in small batches by... 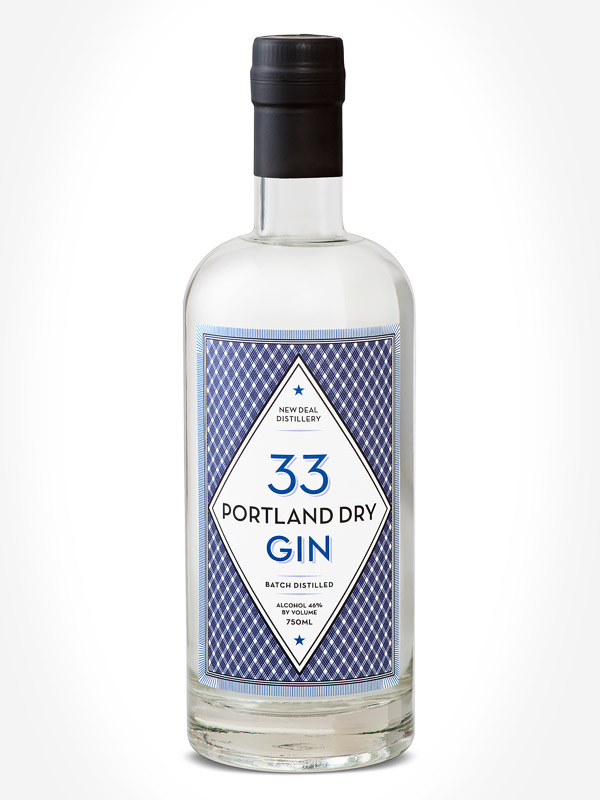 Updated label design for New Deal 33 Portland Dry Gin. In case you were wondering, yes it is delicious and it makes the perfect Gin n’ Tonic (the official cocktail of David Bailey Design).... 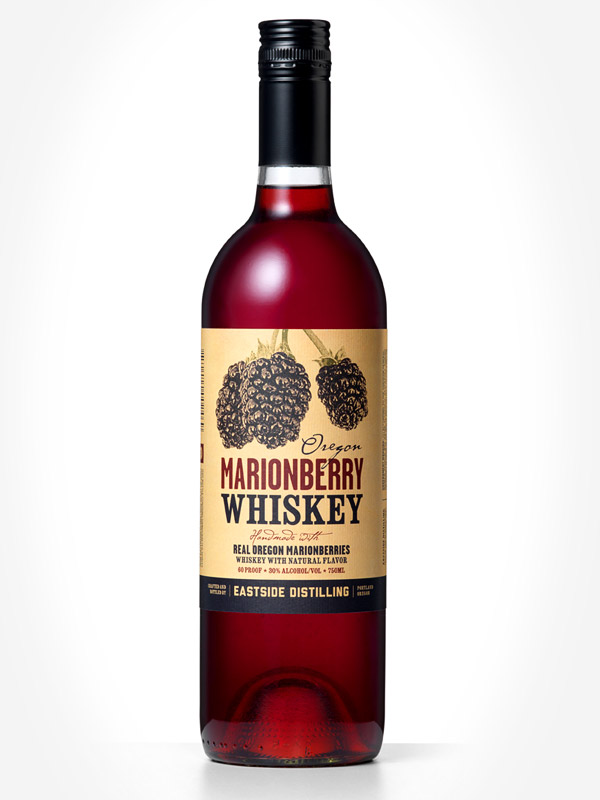 Posted on Jun 14, 2013 in Design, Packaging by David Bailey
Share

31 Jan Put Some Sideburns on Your Face!

Posted on Jan 31, 2013 in Advertising, Packaging by David Bailey
Share

Ad and poster for Burnside Bourbon from Eastside Distilling. DBD | David Bailey Design also created the label and logo, and even the campaign for “Put some sideburns on your face!” in the ad. Photo by Polara Studio.... 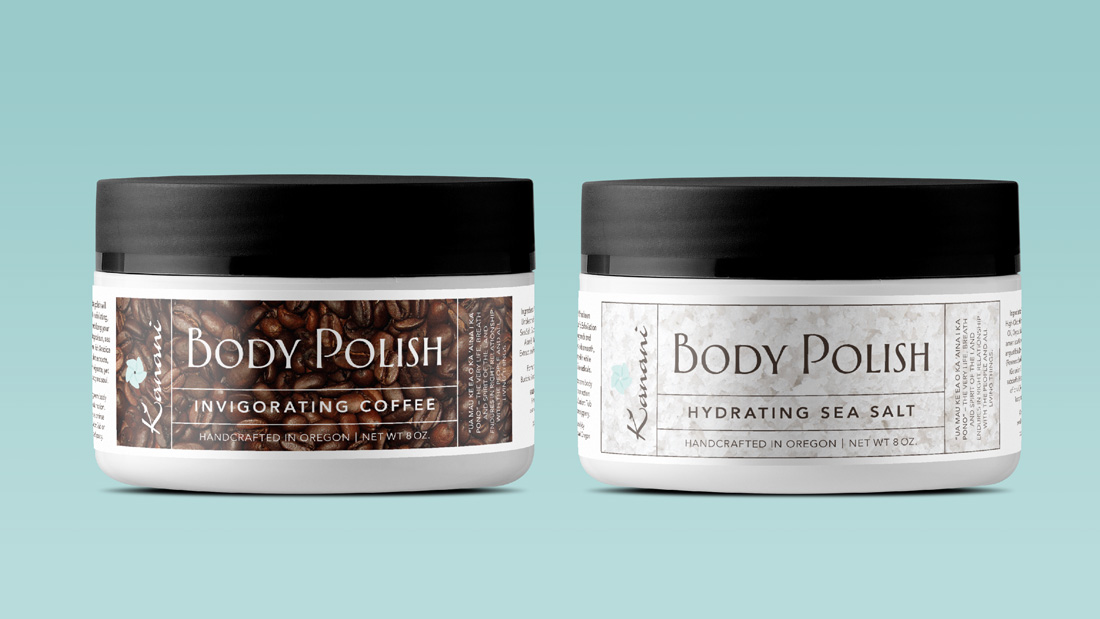 Posted on Dec 20, 2012 in Design, Packaging by David Bailey
Share

Here's a preview of a series of labels that we designed for Kanani Pearl Spa for their in-house line of premium Bath and Massage Oils, Body Polishes and Body Creams. ... 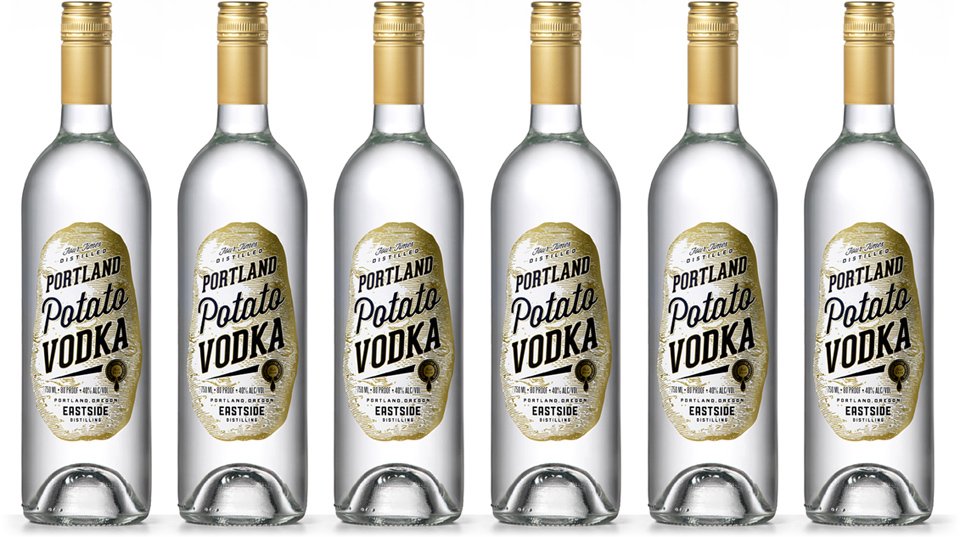 New label designs for Portland Potato Vodka from Eastside Distilling. In Portland. And made from Potatoes. Hence the name. And the die-cut metallic spud label. Modern, clean and refreshing with a nod to retro Russian design and Portland DIY style.  ... 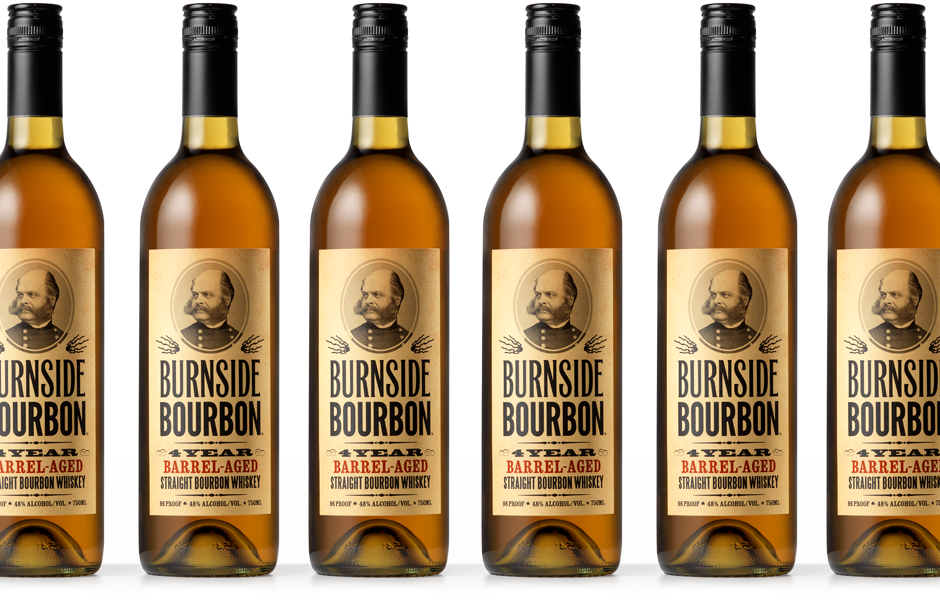 17 May A Bourbon Worthy of the Burnside Name

Posted on May 17, 2012 in Design, Packaging by David Bailey
Share

We designed these handsome labels for Eastside Distilling’s new 4-Year Barrel-Aged Bourbon Whiskey that’s named after the famous (or is that infamous) Civil War General, Ambrose Burnside. Burnside had such striking facial hair that we now call those things on your face, just in front of your ears, sideburns. Get it? Burnside – sideburns. While some spirits are said to “put some hair on your chest,” at 96 proof Burnside Bourbon just might “put some sideburns on your face!” And it says so, right on the back label....

Nothing new here, except some great new photography of the Deco Silver Rum label we helped design. You can pick-up Deco Silver and Deco Ginger Rum at many Oregon and most Portland liquor stores....

We’re equally at home designing for print and for the web, so we can easily handle every aspect of your marketing campaign.